How your government got YOU to kill others without question

How your government got YOU to kill others without question 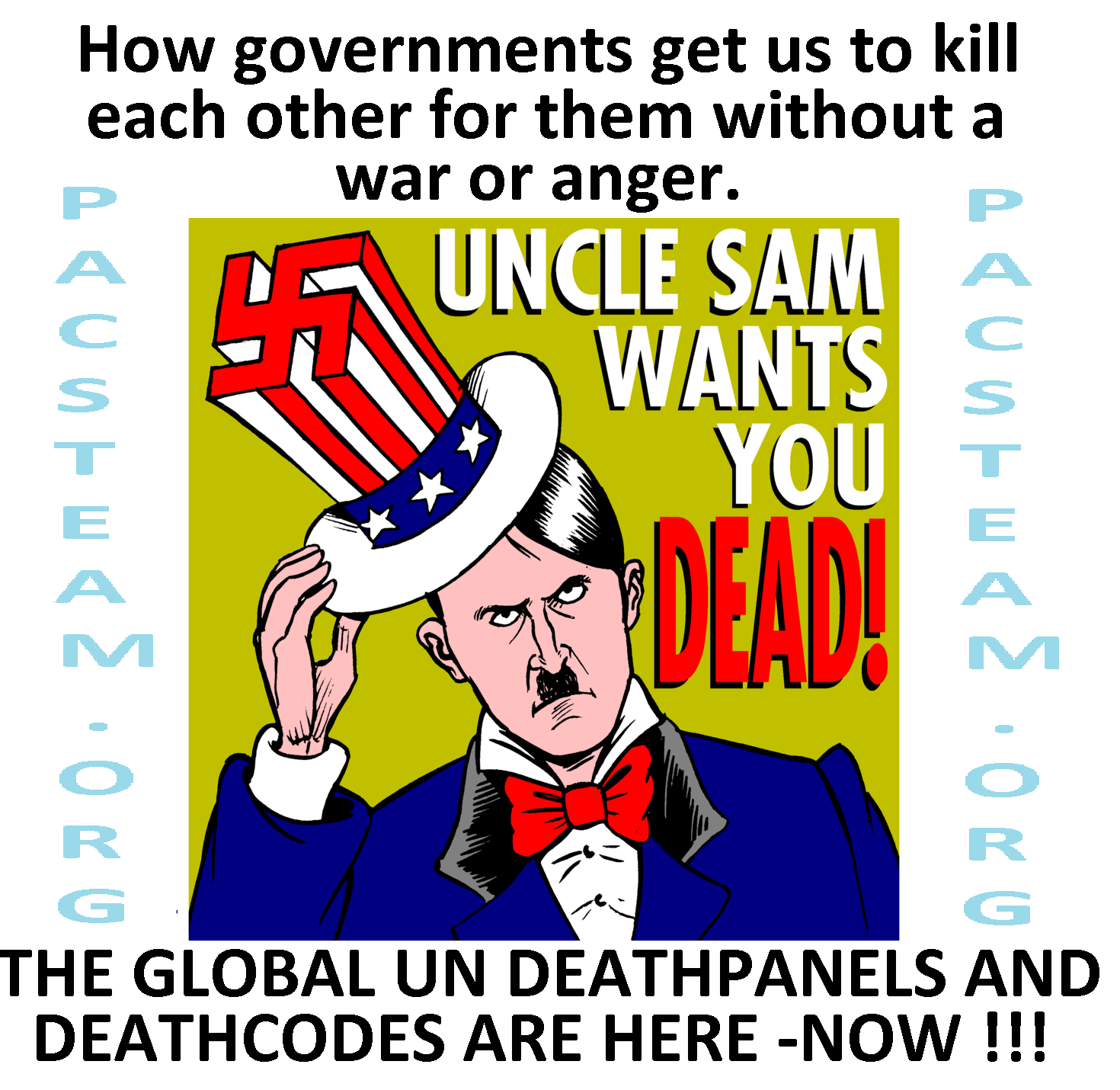 The overall goal of governments today, is to kill as many people as possible and as fast as possible, in order to gain total royal Nazi UN / NATO world domination under a one world dictatorship -But how do you get regular people with seemingly normal lives to go around murdering everyone around them without even questioning their own actions? Well, the answer should shock you: It is VERY easy to get good people to do VERY bad things, just like shown in the documentary "The Push":

Also look up UN's deathpanels and deathcodes or maybe the Milgram experiment to understand how far we have already fallen.

VACCINES - Exposing The Systematic Genocide Of The Entire World Population
Expose the cancer viruses, Mercury, Aluminum, deadly hormones and much more forced upon us all

From Money And Currency, To The Cashless Society With Brainchiped Population World Wide
´The Beast System´ From Book Of Revelation Is Here: Checksum For The Barcode & The Brainchip=666