I used to love Israel.

I was about as hardcore a Christian Zionist as you could be. I read Rabbi Jonathan Cahn’s books about the shemitah and blamed everything on DA MOOSLIMS. I even went there for a pilgrimage in 2011, happily saying ‘Merry Christmas’ to all G-d’s chosen that I met. I couldn’t understand why they’d look so pissed off, give me a gold foil-wrapped chocolate coin and say ‘Chappy Chanukah’ in return.

At AIPAC, the annual ceremony worshipping Israel and all things Jewish in Washington, DC, the slavish homage paid to the Middle East’s only ethnostate is staggering.

Note the pentagram and hexagram ‘connected for good’ on the podium.

How do they have so much power? 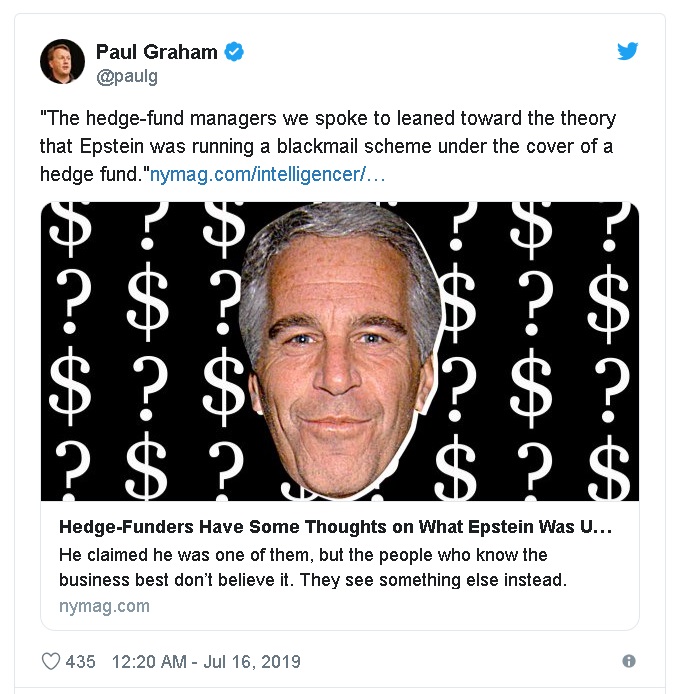 He was a frontman for a compromat operation, getting blackmail material on the US elite. But how? I wonder which intelligence agency?

The large cache of videos and images found at Epstein’s residences, as well as the recording devices throughout them, makes it clear that Epstein was running a high-level compromat operation. The entire purpose was to capture incriminating evidence of prominent people performing illegal and embarrassing acts so they could later be blackmailed and controlled. 
FOR FULL ARTICLE CLICK THE MAIN LINK - it is VERY long !!!