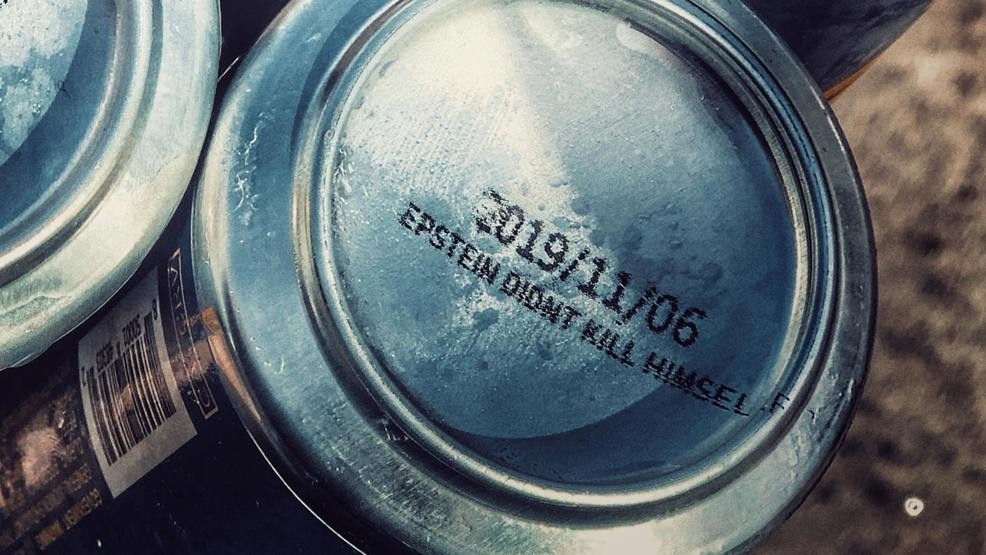 CLOVIS, Calif. (FOX26) – Questions surrounding Jeffrey Epstein's apparent suicide have popped up everywhere lately, and now they have even made their way to the bottom of a beer can.

Printed on the bottom of the cans sold at Tatical Ops Brewing in Fresno is the message, "2019/11/06 EPSTEIN DIDNT KILL HIMSELF."

Manager Carlos Tovar said he first thought of the idea about a week ago.

The idea came to him because the question of if Jeffrey Epstein actually committed suicide is "a big thing right now."

"Epstein didn't kill himself" memes have taken social media and the internet by storm since his death was first reported.

The brewery will only be releasing one batch of the cans, about 54 packs worth.

The message can be found printed underneath blue cans of their Basher Oatmeal Stout.

The cans are already available for purchase, you can pick up a pack after 4 p.m., which is when the business opens for the day.