Well considering it was three armed Hamas terrorists that threw a Molotov cocktail at him shot at him beat him with a skateboard and was trying to assassinate him for trying to stop them from setting a gas station on fire which would endanger everybody and he was retreating when they started beating him with the skateboard so that they could get him in a position to kill him this is clearly a self-defense thing Beyond any questionable doubt and the media lying isn't helping the matter. As you can see the Hamas terrorist is severely melanin deficient. The organizer of the event that is trying to burn down America. The young man isn't a terrorist that defended himself from assassins three previously convicted violent felons that had no intention of being peaceful being armed themselves which was absolutely illegal. You might think if they didn't try to beat him down with the skateboard throw a Molotov cocktail at him and attempt to stab and shoot him because he wasn't wanting to let them burn a gas station blowing everybody to smithereens that the news would be a little bit more how you say, accurate but then again when is fake news accurate. They told rioters that the cops shot a man that was recorded on video committing suicide putting the gun in his mouth pulling the trigger why would they tell the truth about this. The media is always Fanning the Flames of the riots and it shows which team they're on. They're not on Team America 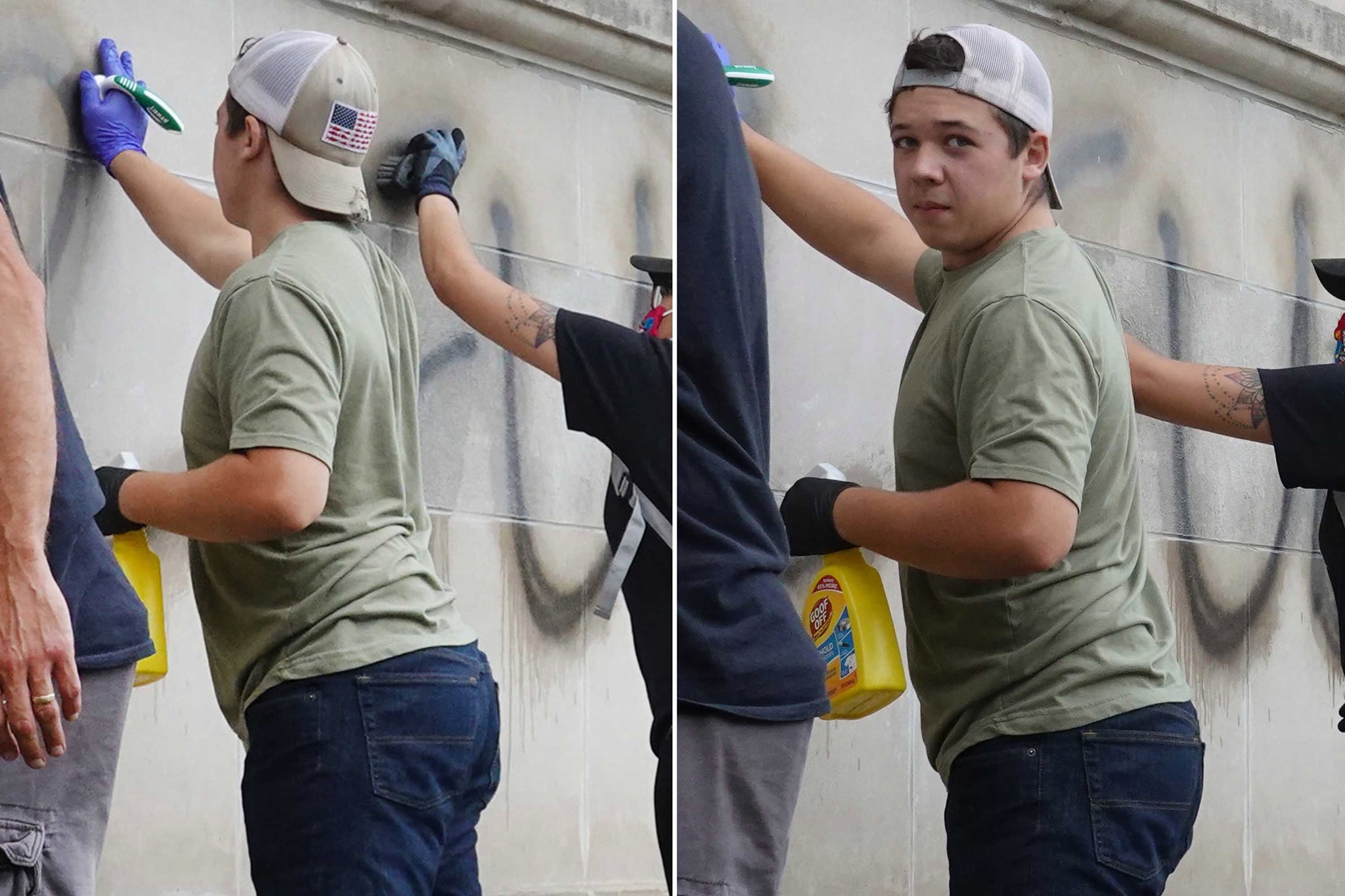 It would have been nice if Kyle Rittenhouse, seeing here cleaning graffiti, and others who were armed to defend businesses stood their ground after the shooting and continued to shoot those who came towards them that would have been a more clear-cut test case for the nation rather than him picking off one of them and then running making things a little bit murky. Perhaps others didn't want to be a part of any investigation and made themselves scarce... And you can't blame them... maybe it will take several of these incidents before people truly stand their ground and just mow down the Communists and the police decide there's no reason to make arrests. If the police always arrest those who are defending property and life then the police are on the side of the Communists. As of now for all intents and purposes, that is the case and it has been all year.
This kid is a poster child for what people should be doing during those communist insurrection, he's a f****** hero.
Hardcore militia like me we're going to sit outside the city and watch it burn, people like Kyle are your only hope if you don't want your house Going Up in Flames we're not coming to help you we are literally going to bring chairs and something to drink and we're going to watch the Cities Burn because we hate the cities, we hate their governments, we hate the ignorant people in the cities why do you think we live in BFE to begin with?
So all of you hating on the only hope that you have will deserve what you get.