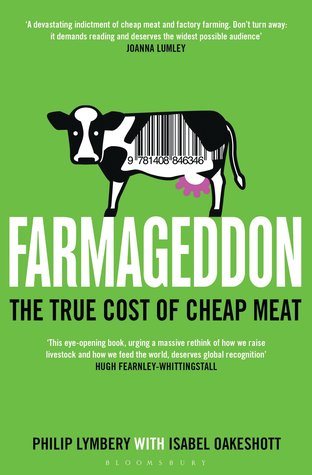 Farmageddon is the story of a mom whose son healed from all allergies and asthma after consuming raw milk, and real food from farms. It depicts people all over the country who formed food co-ops and private clubs to get these foods, and how they were raided by state and local governments.
—Anonymous

The movie tells the story of small, family farmers providing safe, healthy foods to their communities who were forced to stop, often through violent action, by agents of misguided government bureaucracies. The movie succinctly poses and addresses the question "why is this happening in 21st century America?" Evoking both sympathy and anger for those farmers violently shut down by overzealous government policy and regulators, Farmageddon stresses the urgency of food freedom. Though the film deals with intense scenes and dramatic situations, the overall tone is optimistic, encouraging farmers and consumers alike to take action to preserve individuals' rights to access food of their choice and farmers' rights to produce these foods.
—David Champeau