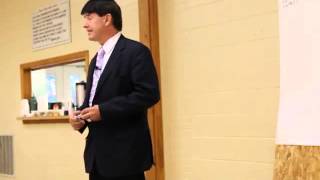 This is 24 parts uploaded into one 9 hours and 30 minutes part.

Perhaps the moderator would care to understand the ... MISSING LINK !

You need to pass by the last video. This is where he leaves off, and I begin. First a little ground work to set the stage as it were. This is tier one science, and not knowledge available in any university, to any PHD in the sciences. You will not find this written in any peer reviewed journal materials.

Creation consists of five dimensions of the energetic and seven dimensions of the spiritual. Mankind, are actually co-creators of the timeline experienced. Ask any PHD to explain the method of one level of life form, that evolves into the next higher life form level of existence, and they can not. In fact, it is thought which creates matter. That's why faith healing works ! But that's not even the tip of the iceberg. It creates our reality both in the corporate sense and individually. It is the spiritual dimensions that support the energetic or physical dimensions. NOTHING CAN HAPPEN IN THE PHYSICAL, THAT DOES NOT HAPPEN FIRST, IN THE SPIRITUAL. We have five senses to interact with the world and in the spirit, most people are disconnected. People have religions, instead of an intimate relationship. We are spiritual beings having a physical experience, bound by the laws of the natural or the energetic dimensions. Fallen or of God, the angelic require our permission, which gives LEGAL right to to what they do to effect our lives. No angelic being can interfere in the free will.

For those not well read of biblical principles ; Gee...didn't we learn that on star trek ? You know, the non interference directive ? Of course, there were the 200 who came to earth and mated with women who, well, perhaps they thought size mattered ? Then of course the offspring who destroyed themselves and roam the earth to this day in the spirit realm, seeking whom they may devour. Now you know who all the mediums and those who channel are talking too. No, it isn't a dead person...HELLO ! New agers...Yuck !!! Dead of the spirit, cause the kindillini had the snake crawl up & bite them. Crazy....EVEN AN ATHEIST would know Jesus is alive, or he wouldn't be an atheist ! Don't ya got no sense Bubba... or is it Dixie ? :cool:

Quantum parse syntax grammar mathematics code interface. Why use quantum ? It's the nature of reality. The connections: The discovery of the cray five super computer array brought about the quick death of Seymore Cray. He was T-boned on the interstate and killed instantly. All vehicles using Onstar are giving the NWO permission to take over your vehicle at will. His company went chapter eleven bankrupt and the technology taken. The cray five is not merely 100,000 times more powerful than the cray four. It is, as people can relate to John Todd's explanation of a demonic being inhabiting a duplicated sound track. In fact it is inhabited by the demonic and in the quantum sense as well as technologically being responsible for providing the knowledge to create it in the first place.... fully functioning in the quantum field. Knowledge of CORRECT OPERATION from the quantum field, into our 3-D world to use.

Quantum language, while in the eyes of the world that in the spirit are not yet even alive... will believe ( that's billions of people on the face of the earth ) that to destroy the world of fiction which is the law of the admiralty, brings all the advantages of the promise of the world at peace. There again. Are we well read enough in the bible to recall that there will be a false peace lasting 3.5 years and then all hell breaks loose. What does it bring ? The mark of the beast by the RFID tie-in. Quantum language is math perfect forward and backward. What do you hear when you listen to music backwards ? Music IS math. A Hebrew cantillation.

The quantum language is a mimick A CHEAP TRICK insult, of the original pictoral language given by the almighty as a perfect language to the children of Israel. Ancient Hebrew ! Oh that's right. Can't read Hebrew ? Just look at the pictures. The very same scientific symbols used to express DNA, are used to spell the name of God in Hebrew ! And we thought buying Manhattan from the natives for beads and trinkets was a cheap trick ! Just try to imagine the most powerful and wealthy men on the planet...having this fast & short whisp of physical life, in exchange for eternity in such an estate the mind cannot comprehend ? Consider who the sheep are. What does the judge say is on the one dollar bill when you syntax it ? NO MERCY FOR THE SHEEP !
In fact, the lost sheep are the ten lost tribes of Israel. So, now you have quantum language, quantum supercomputers, and a biometric authentication tie-in by using the RFID chip. Without it, you can never buy or sell.

There is however, for those who seek truth to know the answer, a two method approach for survival. One is physical the other is spiritual. The second would really burn your head up, because it's deep, and involves changing a lot about what you have been taught all your life to be the truth, yet isn't. Viewers of the judge telling it as being of the movie the matrix ?

What I show is the truth about not just how to survive in this world, and how to get around the bankers. This is where you really get your head warped, because it includes your spiritual belief system. Not just the answer to how to buy or sell without taking the mark. These are two separate issues remember. They are mutually exclusive.

Perhaps if I can get some direction from the moderator, I can be directed to the right conversation to teach readers how to go about being able to screw the bankers, the RFID biometric authentication mark and government interference, so you can still buy or sell. As for the other, well, it gets a little bit woo woo !
Top

I dont see why the scarf or belt hanging down on the right denotes a point of the star? in pics of shiva
Top

Im interested but I need to play more X-Wing to make it worthwhile since Ive only every played that one time.
craftsway.info
Top
Post Reply
4 posts • Page 1 of 1