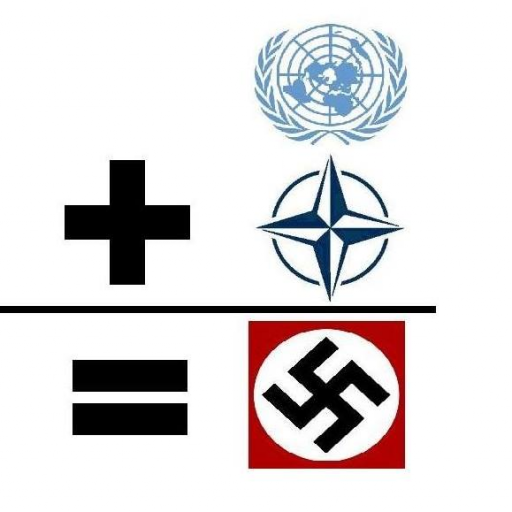 IMPORTANT BEFORE WE BEGIN:

PaCmAns disclaimer: This topic is NOT about what PaCmAn believe at all !!! All I am going to do here is to forward information, in order to make people who doesn't believe in aliens at least understand why some does. Please also watch this very important movie about this subject

! Secrets of the Gods, the double helix: DNA !
PART 1: The Real Symbol Of Real Power


Since A LOT of people have shown such a big interest in why so many of the people talking about the new world order always seems to combine it all with Aliens, or what the holy bible ( from the ORIGINAL texts ) call the godS, not one god but the MANY gods. I know this must sound weird to some, but its true, look it up!

Where does the DNA - Alien - New World Order connection come from?

The basic power of the gods / aliens is to be able to create new beings by manipulate and mix different kind of DNA.

This is the technology many firmly believes human-reptilian hybrids was created with by aliens thousands of years ago before they left planet earth again, and that these "gods" left enough knowledge around, in form of the kabbalah, and that humans for along time now have been trying to get into this phase of becoming gods ourself s, "our own gods".

The REAL "tree of life" / "tree of knowledge" and the symbol for Power / Money is really the double helix of the DNA, and if you "take a bite of the apple" you will be condemned by the Aliens / Gods. The power elite of the world know this, and they kind of brag about it everywhere, like fx. the computer company APPLE who is in front when it comes to breaking new grounds and destroy moral and ethics and to go all the way with the gen and DNA research.

The dollar sign OR the Apple logo OR the logo for medicin = THE DNA, THE POWER OF GODS

"the Forbidden fruit" on the "tree of life" / "tree of knowledge" is the one thing the Aliens / Gods told us NOT to begin fooling around with, because they knew some of there blue prints were left behind... But now we have used the knowledge in the kabbalah to create the nuclear bomb and through the knowledge of the DNA trying to destroy the life forms the Aliens / Gods created, so maybe they are going to kill us all again and start all over....

But this will not be the Aliens, they left. The job of killing humans all over the world is and have always been left to the Human-Reptilian Hybrid that is in control of the whole world, because their "Blue Blood", their bloodlines are the ones in power, presidents around the world and all the Royal families. Humans are ruled by these hybrids until this day, and this is what the new world order really is all about.

Remember that the part with the bloodlines ruling the entire world is a proven fact.


NOTE: There are TWO Snakes in the tree, if the painter knew what he was painting

The snake in the "garden of Eden" ( the quarantine area for Adam & Eve, the first prototype of these Reptilian humanoids the Aliens / Gods had created ) is ALSO just a symbol for the double helix of the DNA, after all, it was a hybrid between man and reptiles !!!

! Secrets of the Gods, the double helix: DNA !
PART 2: The Real Power Behind The Secret

The kabbalah text is only one of these ancient scripts the Aliens / Gods left behind. Many have been looking for others of these scripts the creatures left behind, witch is able to give humans the possibility of eternal life.

To disguise the real purpose of these expeditions to the public, the reason has always been that they were looking for "The Holy Grail" - of Jesus... in other words: A cup !? Yeah right !!!

This is not true at all: "The Holy Grail" that people like Hitler and so many before and after him was- and are still searching for, is an old book full of ancient knowledge just like the kabbalah, but unlike the kabbalah witch gave us the knowledge to create new beings, the nuclear bomb and a lot of other things, "The Holy Grail" is full of ancient knowledge about how to give the creation ( Like humans ) what they need to become gods themselves: The FULL secret of the gods was to be able to create new beings and be able to live forever !!!


... If you believe in Aliens anyway
2020 was the year of "the great reset" aka a Royal Nazi Global Military Dictatorship
by the UN / NATO elite, using the COVID19 hoax to take EVERYTHING away - RESIST !
Top

All signs point to slavery. Why does time exist? To keep your ass at work. Why does money exist? To control your time and make sure there is no time for independent thought. Why does society exist? To keep the slaves in line and separate the free thinkers from the heard. What happens when slaves out number the masters? NWO population control, we are here to kill you and you will be the ones to pay for it. The 1st step realize the fucking truth, even if its dark. Then take moral action to create a positive lasting change. Does protesting do that? Does voting do that? Did Gandi or Martin Luther King Jr or JFK make a positive change? Real history doesn't show that. Violent dictators will not go away because of a bunch of hippies holding hands. The wrath of God is Holly. All revolutions have been bloody. Stop working for cruelty and work for right, not neccesarily peace. Freedom is the goal peace possibly could be an after effect. Safety is not peace. Freedom and the acceptance of universal law is more important than anyones peace. We all have equal rights given to us by the creator. No man can rule another man. Even a God should serve universal Law for there are consequences.Yes I am a mere mortal, no man shall rule me, for I am of Gods dominion and you have no dominion over me. Rights morality are the same for all. Man can not change universal law, just like man can not change the law of gravity. Understand gravity and myseries can unfold. Use my knowledge for harm and the master of secrects will come looking for your ass one day.Under those natural laws no government has any right to rule over Gods creation. Or whatever you calk the source of creation. Peace is for slaves, freedom is for the knowledgable mixed with bravery.
True moral action does no harm, if harm is done to you, force is required to stop it. Pacifism is amoral. Good men who do nothing in the face of evil, are evil men. This is the only path that leads to freedom, by knowledge and by right.
Top

true. As a former member of the Royal Marine Corps, I wrote this for my online profiles:

Question: War - What do YOU think its all about ?

My answer: War is not about starting or ending them, and even less about who win or who loose. War is always funded 100% on both sites by the global banks (The IMF) with only TWO goals: Population reduction / genocide / mass killing in order to get forward to their main goal: WORLD DOMINATION and this is done from the very start by making sure the IMF system is in total control over the DEBT their war create. Controlling the DEBT of war IS the main purpose, in order to not just control the countries but to TOTALLY take EVERYTHING over !!!

In other words: The pure purpose of a war, is the war it self !!

---
2020 was the year of "the great reset" aka a Royal Nazi Global Military Dictatorship
by the UN / NATO elite, using the COVID19 hoax to take EVERYTHING away - RESIST !
Top

Yes war is a worldwide excepted genocide of the people from both sides. Who are we really fighting? I am a warrior of truth so I hope to be one day lol. There is nothing wrong with pushing your limits and learning how to use force. Wars are games played by the so called elite. Yes we are the pieces. Even civilians are on the board. I come from a line of military. My family served in ww1 ww2 and some are still active now. I was inclined to the system. I choose to fight for God over any country, government, or people. A true soldier will use force to stop tyranny, not work for them. Which is the sad reality now. The elites make money and we die. That is no way to live. 2 3rds of my family have been wiped out by major wars. Loved ones have been prisoners of war in ww2. Yet they have shown me the right way. Freedom is all there is to fight for. Love hate are just opinions that people have a choice to feel. Freedom is a must for a conscious soul. Be a warrior, just don't fight for tyranny. May you be my brother sister at arms in this war on consiouness.
True moral action does no harm, if harm is done to you, force is required to stop it. Pacifism is amoral. Good men who do nothing in the face of evil, are evil men. This is the only path that leads to freedom, by knowledge and by right.
Top

Yes we must resist. I like saying RESIST OR YOU WONT EXIST!
True moral action does no harm, if harm is done to you, force is required to stop it. Pacifism is amoral. Good men who do nothing in the face of evil, are evil men. This is the only path that leads to freedom, by knowledge and by right.
Top
Post Reply
5 posts • Page 1 of 1

Return to “General talk about ANYTHING”