Watch the London bridge attacker return to life - NOTE: YOUTUBE DELETE THIS FILM AND BLOCK YOU FROM UPLOADING IF YOU SHOW THIS. 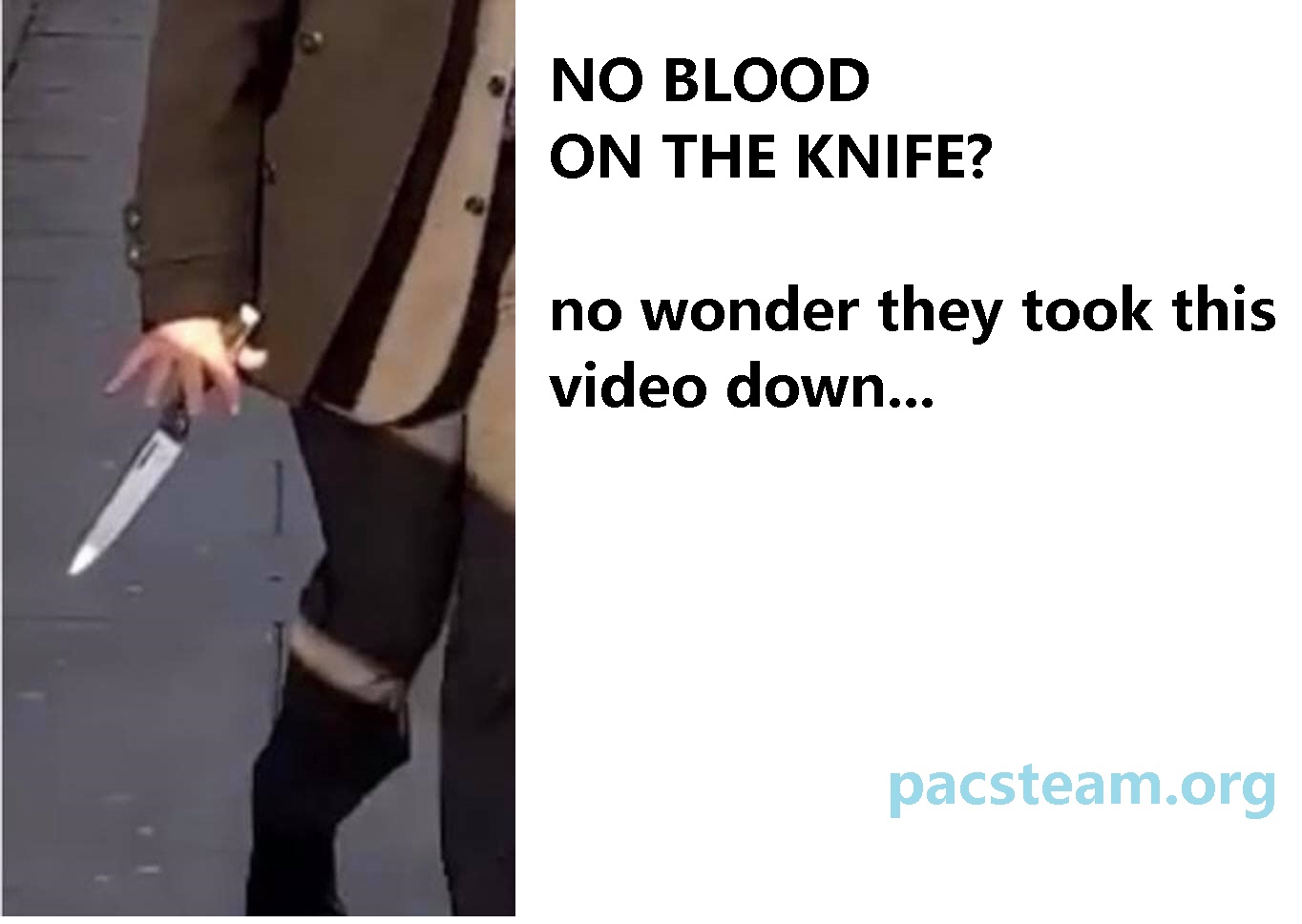 Run...He's Shot Dead But Needs To Put His Jacket On

for video, use the link:

Basu continued by saying “we believe the attack began inside before he left the building and proceeded onto the Bridge.”

According to information on the "Learning Together" webpage, the group was celebrating a Five Year Celebration Alumni Event at Fishmonger’s Hall. The event was due to run between 11 a.m. and 4 p.m. (6 a.m. ET through 11 a.m. ET).

The group, according to its website, is affiliated with the University of Cambridge and two professors, Ruth Armstrong and Amy Ludlow, work at the Faculty of Law and Institute of Criminology.

Later Friday evening, the vice-chancellor of Cambridge University Stephen J. Toope, said he was “devastated to learn that today’s hateful attack on London Bridge may have been targeted at staff, students and alumni attending an event organised by the University of Cambridge’s Institute of Criminology.”
9 hr 1 min ago
Three people injured in the attack remain hospitalized

He also identified the two people killed on London Bridge as a man and a woman.
8 hr 31 min ago
Police identify London stabbing suspect

A terror suspect who was shot dead on London Bridge Friday has been identified as 28-year-old Usman Khan, Metropolitan Police Assistant Commissioner Neil Basu said in a statement.

Khan had been residing in the Staffordshire area in England. Police are carrying out a search at an address in the county of Staffordshire.

Khan was known to authorities having been convicted in 2012 for terrorism offenses and released from prison in December 2018 on license, according to the statement.

When prisoners are released on a license, they are given an electronic tag and they must abide by certain conditions like a home detention curfew, according to a Crown Prosecution Service barrister. If they violate the conditions, they are returned to prison without an appeal.

9 hr 51 min ago
Witness alleges bridge attacker had two knives, one of which "was duct-taped to his hand"

Tom Gray, a tour guide who tried to apprehend the terror suspect, told CNN affiliate ITV that the attacker was “wielding two knives, one was duct-taped to his hand.”

After other bystanders held the suspect down, Gray said he tried to “stamp the other knife from his wrist” and then kicked it further down the bridge.

Gray also said that he saw the suspect “running away from five guys running him down with a fire extinguisher.”

A law enforcement source tells CNN that British authorities are currently searching an address believed to be associated with the London Bridge attacker.

CNN previously reported that police have now positively identified the suspect, who was shot dead by police.

Sources have told CNN that the London bridge attacker “was released from jail for terror offenses on license."

According to a Crown Prosecution Service barrister, when prisoners are released on a license, they are given an electronic tag and they must abide by certain conditions like a home detention curfew. If they violate the conditions, they will be returned to prison without an appeal.

Earlier tonight, UK Prime Minister Boris Johnson said that it is a “mistake” to allow violent criminals out of prison early.

UK Prime Minister Boris Johnson vowed to give police the support they need for their investigations following the stabbing attack at London Bridge.

The prime minister also took the opportunity to say his thoughts were with the families and everyone caught up in the attack that left two dead today.

Johnson, speaking prior to an emergency meeting at 10 Downing Street, also talked about the importance of enforcing appropriate prison sentences for criminals and especially terrorists.

“I have long argued that it is a mistake to allow serious and violent criminals to come out of prison early,” he said in a pool interview.

What we know: The suspect was fatally shot by police after a stabbing attack at London Bridge, police said. Two people were killed in the attack.