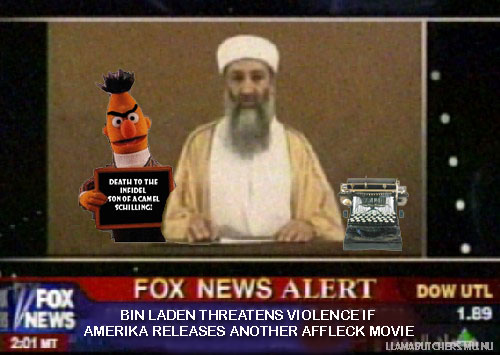 Mass murder promoting Fox News, the network that was instrumental in pushing lies about weapons of mass destruction that resulted in the deaths of over a million innocent people, is so concerned about violent comments on the Internet that it employs teams of people to trawl through anti-establishment websites like Infowars.com looking for reasons to report Alex Jones to the authorities.

However, Fox seems less bothered about comments on its own website that call for violent bloody revolution and the assasination of President Obama. Perhaps Fox should direct more of its resources towards moderating violet comments on their own website rather than trawling through Infowars.com attempting to pick up on anything incendiary so they can shop Alex Jones to the feds.

After Fox erroneously reported an Obama quote out context about him being killed by his rising cholesterol, “The result was a rush of comments by Fox Nationalists who were only too happy to see the President dead.”

Indeed, it was all a big laugh, and not a matter for the authorities, when Fox News’ own Liz Trotta joked that both Obama and Osama Bin Laden should be killed.

In response to another Fox Nation article, respondents called for Marines to start killing people as part of a bloody revolution.

“Bring in the Marines and lock and load, then fire at will. Remember Kent State,” wrote one commenter, referring to the 1970 massacre when members of the Ohio National Guard gunned down unarmed students, killing four and injuring nine others.

In none of these cases did Fox News show any concern about violent comments, so their efforts to pay people to trawl through Alex Jones’ websites in an effort to implicate Jones as an instigator of violence are manifestly hytpocritical.

While its own hosts abuse free speech to make violent threats, Fox News has a history of grassing people up to the authorities for exercising their free speech. Remember when Bill O’Reilly threatened to have Fox security “pay a little visit” to a caller’s home merely for mentioning Keith Olbermann’s name on air during his syndicated radio show?

The caller began by telling O’Reilly, “I like to listen to you during the day.” Continuing, the caller stated, “I think Keith Olbermann’s show,” at which point O’Reilly disconnected the call, proclaiming: “Mike is — he’s a gone guy. You know, we have his — we have your phone numbers, by the way. So, if you’re listening, Mike, we have your phone number, and we’re going to turn it over to Fox security, and you’ll be getting a little visit.”

Co-host E.D. Hill — who also co-hosts Fox News’ Fox & Friends — chimed in: “Maybe Mike is from the mothership.” O’Reilly responded that the caller was “going to get into big trouble, because we’re not going to play around.” Warning his listeners, O’Reilly continued: “When you call us, ladies and gentleman, just so you know, we do have your phone number, and if you say anything untoward, obscene, or anything like that, Fox security will then contact your local authorities, and you will be held accountable. Fair?”

At first, the stunt seemed like a gimmick, but two callers did indeed receive threatening calls from Fox security on the back of O’Reilly’s promise.

In another example, a woman who had called into O’Reilly’s show and disagreed also received a call from Fox Security while in her car with her daughter. The woman burst into tears and was frightened by the intimidation tactic.

Perhaps Fox News should concern itself with the violent and aggressive behavior of its own hosts, contributors, and website respondents rather than hiring snoops to grass up Alex Jones because a handful of the millions of comments and forum posts made by other people on his websites hint at violence.